More than a 3rd of adults within us patronize fast-food restaurants and pizza parlors on any given day. And the higher their income, the more likely they're to try to so. 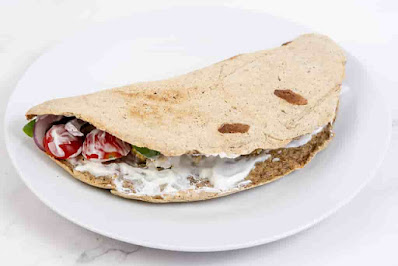 The Centers for Disease Control and Prevention has released data on nutriment consumption gathered from 2013 to 2016 within the National Health and Nutrition Examination Survey, or Nhanes, a program that continuously monitors the health and nutritional status of Americans.

Read more -You Don’t Want French Fries With That

The Nhanes analysis relies on physical examinations and in-person interviews to supply demographic, socioeconomic, and health data, including dietary information from a representative sample of about 10,000 adults over the four years.

Fast food — defined broadly within the survey as any item obtained from a “fast food/pizza” establishment — is eaten by 37 percent of yank adults at some point during the day.

Among those that eat nutriment, 44 percent do so at lunch and 42 percent at dinner.

The most enthusiastic consumers are 20 to 39 years old: 45 percent of them eat fast food on any given day.

Liz Weinandy, a staff dietitian at the Ohio State University center who wasn't involved in writing the report said that the high rate among 20- to 39-year-olds was particularly troubling.

That period “sets the stage for health issues later in life — a heart condition, dementia, and so on,” she said.

“Also, this is the group that’s having kids and they’re setting them up for a lifetime of unhealthy eating habits.”

The percentage of adults who ate nutriment rose with increasing income. About 32 percent of individuals who earn but 130 percent of the federal poverty level — $32,630 a year for a family of 4 — ate nutriment daily.

But 42 percent of individuals above 350 percent of the poverty-level — $87,850 a year or more for that size family — were daily consumers.

A report by the C.D.C. in 2013 estimated that American adults consume quite 11 percent of their daily calories from fast food.

Fast food is generally high in calories, fat, and sodium, a mixture that increases the danger for cardiovascular and other diseases.

“When we hear about a shark attack, we’re scared and we avoid that beach,” Ms. Weinandy said. “But what we really should be afraid of is double cheeseburgers and French fries.”