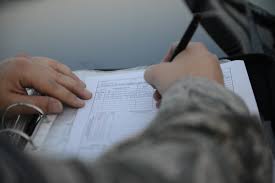 A highly unusual death has exposed a weak part during a groundbreaking cancer treatment:
One rogue cell, genetically altered by the therapy, can spiral out of control during a patient and cause a fatal relapse.

The treatment, a form of immunotherapy genetically engineers a patient’s own white blood cells to fight cancer.
Sometimes described as a “living drug,” it's brought lasting remissions to leukemia patients who were on the brink of death. Among them is Emily Whitehead, the primary child to receive the treatment, in 2012 when she was 6.

The treatment does not always work, and side effects can be dangerous, even life-threatening.
Doctors have learned to manage them. But in one patient, the therapy seems to have backfired in a previously unknown way. He was 20, with an aggressive type of leukemia.
The treatment altered not just his cancer-fighting cells, but also — inadvertently — the genes of one leukemia cell.
The genetic change made that cell invisible to the ones that had been programmed to seek and destroy cancer.

The researchers noted that the case confirms a longstanding hypothesis: It takes just one malignant cells to give rise to deadly cancer.

Their report was published on Monday in the journal Nature Medicine. At first, the patient had a complete remission.

But at the same time, that single enemy cell was multiplying uncontrollably, into billions of leukemia cells that caused a relapse nine months later and ultimately killed him.

His cells were engineered at the University of Pennsylvania, where the treatment, called CAR-T therapy was developed in collaboration with Children’s Hospital of Philadelphia and the drug company Novartis. The treatment was experimental, and he was a part of a study.

Researchers say that the case was a rare event, never seen before, and that there is no evidence of this problem in cells engineered by Novartis, other drug companies or other research centers.